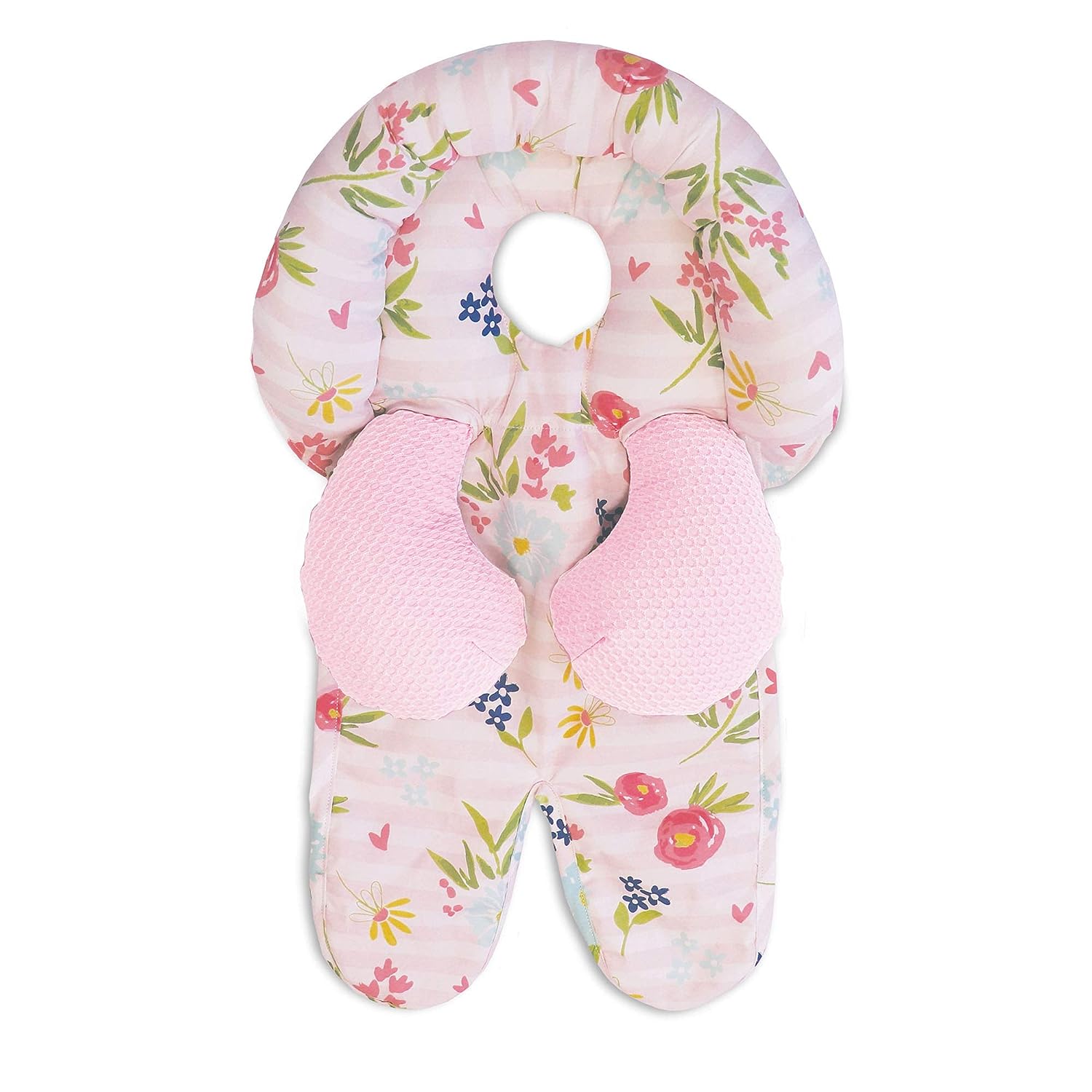 Support your baby’s head. The Boppy Head and Neck Support provides the perfect head and neck support in strollers, bouncers or swings. The unique cut-out design relieves pressure while keeping your baby's head gently cradled. We love round heads! Featuring a cushioned removable neck ring that provides neck support for your baby through toddlerhood. The unique cut-out design relieves pressure and gently cradles baby’s head. This head support is easy to install and works with both 3- and 5-point harness strollers, bouncers and swings so baby can enjoy the pressure relieving comfort in many seats. The Boppy Head and Neck Support was built to last. The removable neck ring allows you to change support as baby grows. Remove the neck support as baby gains strength or when neck support is not needed. The reversible design gives you options with a super-soft knit on one side and cooling mesh on the other so you can change with the weather. Machine washable. Recommended age 0+ months. Boppy Head and Neck Supports are for awake-time support in strollers, bouncers and swings. Not for car seats. Do not use for sleep. Why We Say "No Car seats" Boppy puts your family first. When a car seat insert is needed, the car seat manufacturer will usually provide one. The inserts provided with your car seat are designed specifically for that car seat. Always be sure to check your car seat warranty information when looking at accessories for your car seat.