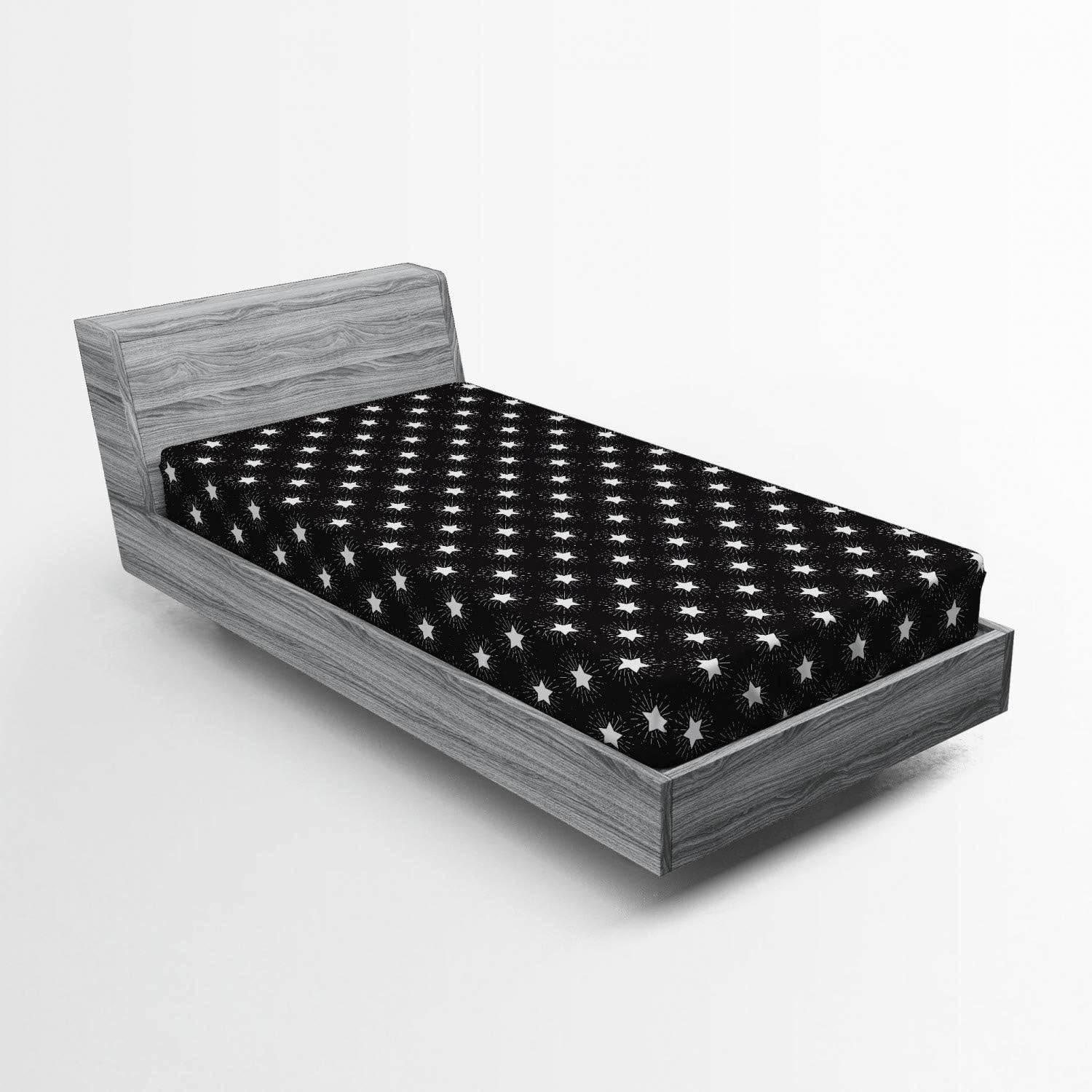 MEASUREMENT - 80 INCHES LONG x 39 INCHES WIDE - 100% Brushed microfiber fabric. HOTEL QUALITY - Top of the line stitching and workmanship. FEATURES - All-round deep elastic pocket. Fits mattresses up to 16". MACHINE WASHABLE - Cold cycle, Dryer safe. Iron easy. NO FADING NO TEARING. PRINTED - With state of art digital technology. The sheets are printed on the FRONT SIDE ONLY. Decorate your beds with some flair. Fitted sheets we provide have exceptional quality. The soft fabric lets you have a nice and comfortable and good night's sleep at nights. Since it has elastic qualities it does not move away at night. It also provides a fresh feeling throughout the night. The prints on the beddings are exceptional so the colors are vibrant and designs are flawless. There are no harmful substances for you or your pets. We are an eco-friendly company and the items we produce are too. Sheets with elastic qualities are easy to use and hassle-free. You can easily take care of it without much effort. If you want a quick and luxurious accent to your bedroom this is the product for you. High resolution pictures bring a 3D like realistic experience to your life. Colors won't fade thanks to new digital printing methods. It's not too thin or too thick. Adds real value and depth to your decor. Perfect gift idea for your mom, dad, sister, brother, grandma, grandpa, wife, husband, son, daughter and all other beloved ones with 10's of thousands of surprising designs. You can find a theme for everybody and every interest in our Ambesonne Amazon Collection. The digital images we display have the most accurate color possible, however due to differences in computer monitors, we cannot be responsible for variations in color between the actual product and your screen. Care Instructions: Machine wash with cold water; Do not bleach. Tumble dry on low heat. The fitted sheet is printed on the FRONT SIDE ONLY, the back of them are plain white colored.